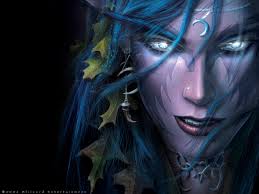 Girls enjoy video games as much as boys and nowhere is this more apparent than in World of Warcraft. From its enormous online multiplayer zones to incredible boss battles, it is a fantasy realm with no equal. Unlike many that only feature male heroes, World of Warcraft has both male and female designs for all classes and all races. If you are a girl and love beefy characters, you could just as easily choose a male Tauren Warrior as you could a spry female Blood Elf.

Customization aside, the boss battles are great for girls that love strategy and puzzles. From Karazhan to battling Dreadwing in the Maelstrom, every boss battle is different, keeping gameplay varied and exciting. While dungeons might not be for every female, there are also battlegrounds and arenas where they can test their skill against other players. From Arathi Basin to Alteric Valley, each comes with its own objectives to win. Whether simple farming or full out warfare is the desire, World of Warcraft is the perfect place for any girl to adventure.

Character Customization
An oft debated topic within the gaming community, female character models that aren’t busting at the seams with gravity defying assets are finally becoming necessary features. With more and more female gamers identifying themselves publicly and demanding designs they can relate to, WoW is a step above the competition. Each race has both male and female designs that consist of a plethora of options. If females want to play as a female, they are not restricted to the classic virtual avatar beauty. Instead, they can choose between giant cows, small goblins, and hideous undead.

The online WoW fantasy realm does not restrict the girl gamer to one body type. Its broad designs appeal to all females and the characters they want to show off as. Also, since Wrath of the Lich King, the armor types are now uniform, giving all female characters the same armor as their male counterparts and not some overly sexualized variant. 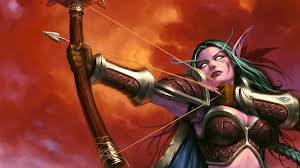 Players versus the Computer
Many gamers do not simply choose a game because of character customization. Girls and guys alike enjoy great strategy and solid adventure, and Blizzard is one of the best current designers of boss battles and immersive dungeons. Each one is an entire puzzle guaranteed to perplex players. Because the dungeons are so specialized, they require a team of people, where every role has a purpose, to beat it.

Each class, no matter what, plays an integral part in beating the boss. This allows females to choose their class based on what type of strategy they enjoy most. While some love running up to a monster and screaming in its face to hold aggro, there are many that prefer dealing a lot of damage in a little time and even a few that enjoy keeping their comrades healed. Because of this set up, WoW provides one of the best us versus the computer experiences. Any girl that enjoys team sports enjoys a great dungeon crawl.

Player versus Player
Arenas and battlegrounds are where females that love testing their abilities against other humans get their kicks. From ambushing a newb to destroying a worthy opponent, these zones in the game are the perfect ego boost for the most competitive woman. Both types give players a game that is player versus player in close combat, defining the very heart of a multiplayer. It is in these matches where individual prowess is displayed and skill lauded.

For girls that love a good slaughter and love testing their own abilities without anyone else to rely on or relying on them, these are the best areas within the virtual realm. Each battleground also comes with its own type of combat based on the ultimate goal. Some are much smaller teams while others are full out group warfare. Either way, matching wits with another rogue and defeating them is definitely a source for bragging rights.

Summary
Article Name
Badass Online Games For Girls: World of Warcraft
Description
From looks to strategy, World of Warcraft is a badass game for girls. Letting them focus on slaughtering enemies or slaughtering other players, it gives girl gamers the ability fulfill their favorite parts of gaming.
Author
Epiphany Rosy