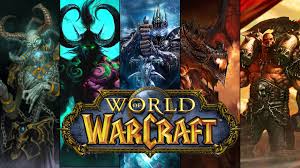 World of Warcraft (WoW) has been bringing gamers, and their friends, online and into the world of Azaroth to explore epic dungeons, find hidden treasures, and battle monsters, as well as each other, since 2004. With the largest, and arguably the best, massive multiplayer online role playing game (MMORPG), Blizzard keeps continuing the adventure for gamers month after month by consistently renewing WoW with new and interesting content. However, with all of the content available, new players can be left wondering, “How do I get started?” If so, the following may be of help.

Getting Started in Azaroth
When players first enter the game, they must create a character to represent them in the world of Azaroth. Choosing a faction is the first step in this process. Players must choose to either join the Alliance, the stereotypical good guys, or the Horde, the villains.

This decision is primarily a matter of preference, but it does have a significant effect on gameplay. That effect starts with which race the players choose for their character. If the Alliance faction is chosen, then players will have the option of races such as human, dwarf, or gnome. If the Horde faction is chosen, then goblin, orc, or blood elf will be possibilities.

The players must then also choose whether their character is a boy or a girl. This is only a matter of preference. Armor looks slightly different for girls than for boys, other than that, there is very little affected by the sex of the character.

Character Leveling
Once players have their characters constructed, they are transported to a starting area close to the capital city of their race. Here the players begin to make their character stronger, by increasing the character’s level. Players can level their character in a myriad of ways: exploring, killing monsters, and finding hidden objects to name a few. However, the most common method of leveling is questing.

Characters will encounter people and creatures while playing. Some of these non-player characters – as they are called – will have a mission that the character is able to complete. If the player accepts the mission and completes the task, he will be rewarded by having his character moved closer to the next level through experience points.

Players also make their characters more powerful through professions and skills. Players choose different professions based on what they feel will be the most fun and beneficial for their character. For example, a warrior who uses heavy armor may benefit from the blacksmith profession. However, the player may have more fun creating potions and choose the alchemy profession. This is entirely up to the player.

Professions, like characters, increase in level through training. Once a profession has been used enough times, characters can seek out a trainer and pay a small amount of gold for the training required to advance to the next level of the profession. In the same manner, though not as customizable, players are allowed to choose a skill specialization. Each class has a number of skill specializations available to them.

Strategy and Raiding
The game does not end when a character reaches the maximum level. In fact, this is where some believe the real action begins. Characters can adventure into a dungeon with a group of friends, seeking treasure held by epic monsters. Killing these monsters require strategy and coordination if the group is to be victorious.

Players can also battle other players from the opposing faction in arenas such as the rated battle grounds. The object of these battles between the factions is to use strategy and strength to control areas of the arena. Players will be responsible for the defense of a strategic location, or attacking areas that the opposing faction holds in the rated battle ground. Victorious players are rewarded with points that can be used to purchase more powerful weapons and armor for their character.

Summary
Article Name
The Best Online Game Explained: World of Warcraft
Description
Blizzard has the best MMORPG in WoW because they have given players a seemingly endless world to explore. There is always something new to do or some item to obtain. Even if players complete everything possible for a character, they can craft a new one and start over at the beginning.
Author
Epiphany Rosy